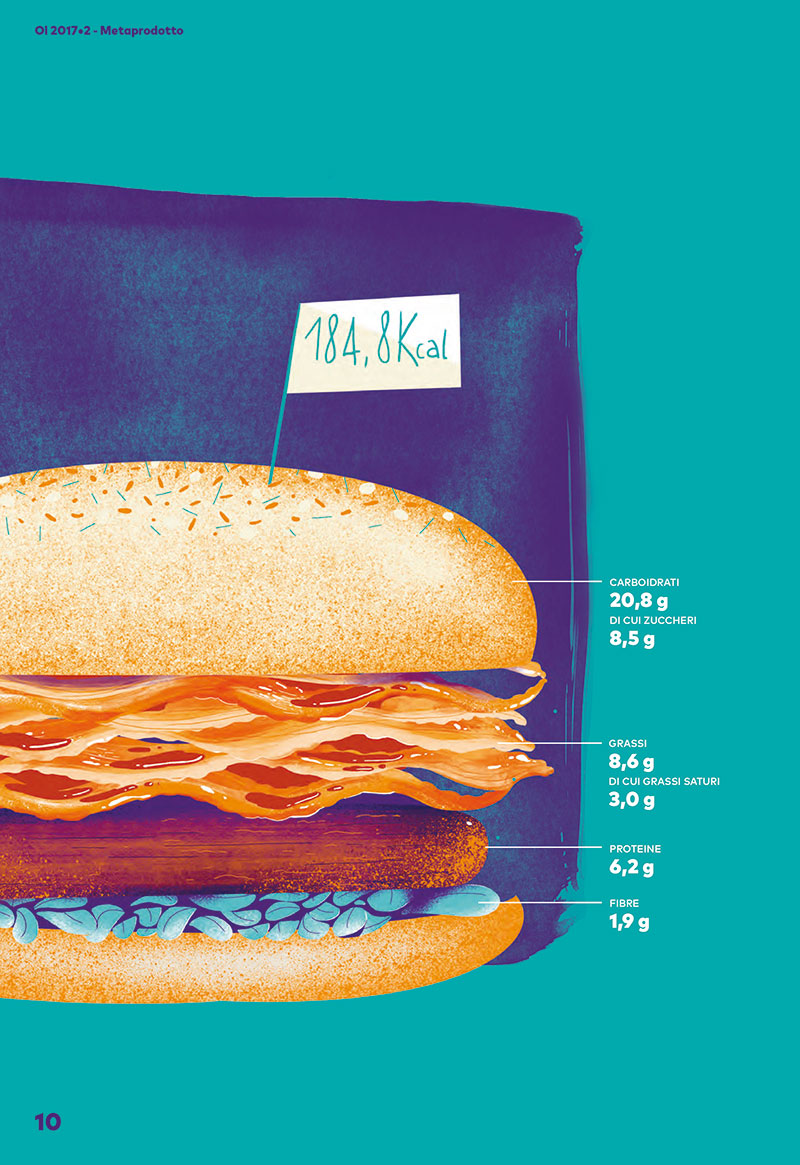 The second edition of the Nielsen/GS1 Italy “Osservatorio Immagino” survey once again takes a snapshot of trends in the offer of consumer products sold in Italy as well as consumers’ shopping lists, identifying emergent trends and phenomena in the Italian mass market. In particular, the study observed changes in the nutritional profile of 40,000 products sold in pharmacy food, fresh, cold and beverage areas. Using these statistics, the researchers were able to define a meta-product (Figure 1), a “nutritional super-sandwich” illustrating average nutritional values. According to Immagino, Italians are buying more fiber (+2.3% in the year ending in June 2017), reaching 2% of the meta-product. The remainder is divided among 20.8% carbs (8.5% of which sugar), 8.6% fats (30% saturated fat) and 6.2% protein (the focus of a broad target of consumers, including athletes, and vegetarians/vegans seeking alternatives to animal proteins).

Informing and knowing. In a socio-economic scenario undergoing profound and rapid changes, highlighting the changing nutritional profile of Italians’ purchases means clarifying how we react to the stimuli of new lifestyles and food consumption habits. It also makes it possible to understand what the most advanced market paradigms are in order to respond to them with products developed ad hoc. «Only six months have passed since the first survey, but interest in nutritional information has continued to rise, and with it the pace with which new consumption trends and phenomena are emerging. Which of these will have a lasting effect? Which bubbles will burst? Osservatorio Immagino – explains Marco Cuppini, research and communication director GS1 Italy – has proven to be a useful tool for finding answers to these questions, but also for posing new questions.
The thousands of products surveyed by Immagino, in-store data scanners, families’ purchases and media use make it possible to perform big data analysis, which has less to do with quantity than with the potential of providing timely and useful information for businesses to innovate and take concrete action. In an age in which time passes more quickly than ever before, that’s no small matter».