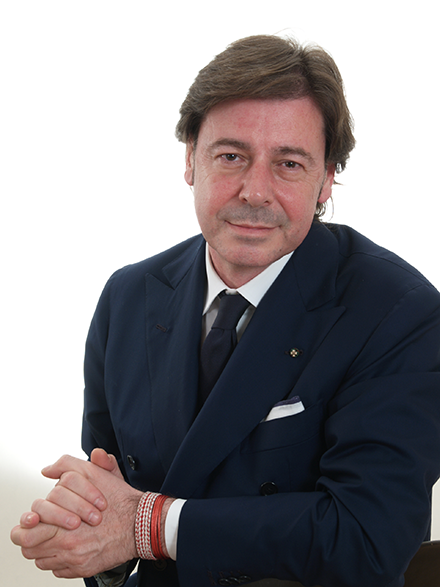 A packaging must always come to terms with the product it contains, especially in the field of cosmetics. But what is hidden behind a simple “blink of an eye”? Answers from Renato Ancorotti, president of Ancorotti Group, an R&D leader that creates makeup and skincare products for the most important international brands. Sonia Pedrazzini

What successes have you had in the world of cosmetics?
I began in makeup production in 1984 when I founded Gamma Croma.
In the beginning things were adventurous and intense, the experiences of a tiny business of three people.
In 2008, when I sold off my shares, we were 350, and the company had become the world’s number two player. A year later I came back to the sector, founding Ancorotti Cosmetics with my daughter Enrica. Unlike Gamma Croma, which produced a little of everything in the way of makeup products, we decided to specialize in mascara, which is absolutely the most difficult makeup product because it combines a brush, packaging and formula that must be perfectly balanced. The formula, in particular, is extremely delicate in this case, and without optimal conditions it can easily lose its necessary properties. Few people imagine how much work and professionalism is required behind the scenes to produce a mascara. How does Ancorotti Cosmetics operate, and who are its main customers?
Without naming names, we can affirm that we produce the most widely sold mascara in Europe, as well as the most sold in Russia; we have also overtaken part of the notoriously difficult French market. We pursue all market ranges and sell in Italy as well as abroad. Wherever customs fees are high, we send only the formula which is then packaged on-site. In other cases, the customer supplies the pack and we fill it with our product and put it on the market.
The trend will in any case always be that of offering a full service, even going so far as to ask the customer who wants to buy only in bulk to supply a few packaging samples, so that we can test it with the formula. This is in order to be sure that the product we are supplying will be adequately preserved.
It’s not a given, in fact, that the best formula and the best packaging, when put together, will result in the best mascara. For every type of formula there will thus be a specific brush – whose fibers will be determined by the viscosity and density of the mascara –, a particular reducer to establish the quantity released, and even the material of the packaging will have to be carefully adjusted and tested for compatibility with the formula in its stable form. In cosmetics, what most fascinates you in a packaging solution?
Today what I find most striking is quality; but also the ability of those who, in a sector such as ours, manage to create new objects without by this innovation altering the ritual, the act of putting on makeup. With Mascara, for example, you open it and you use it in a certain way, it’s always been the same way; changing these gestures seems to me impossible. Thinking about packaging, I would like it to be heavy and important, made of modern and sensuous materials capable of conveying refinement, value, emotion. Applying mascara has become for many women a daily ritual, just as they use body care products like soap, toothpaste, creams… In sum, cosmetics play a “social” role in our lives and behind it all lies technical complexity, research and the prevailing atmosphere of the concern involved: these factors are less visible, but for me they are the more intriguing.

What suggestions would you make for a packaging designer or concern producing cosmetics packaging?
Designers need first of all to have a profound knowledge of the sector for which they design; they need to have technical knowledge, know the materials and processes, but also the humility necessary to sit down with a concern and its technicians in order to develop the product within the correct limitations imposed by feasibility.
The concern, for its part, needs first of all to ensure that its product respects all parameters of quality, as well as to demonstrate more attention to the world of design, which is often seen as vacuous: I’m sure that if a designer of great substance worked with the cosmetics sector we would have some pleasant surprises.

There is plenty of talk about “Made in Italy”. How are we perceived abroad as far as concerns cosmetics?
In recent years, the value of our image has been considerably enhanced. Italian style is well received, not only in food, fashion and design, but also in cosmetics. Perhaps not everyone is aware that 70% of the world’s outsourced makeup production occurs in Italy, and that our skill is prized, especially in this area of Lombardy.
Production in Italy is certainly the necessary condition for considering a product “Made in Italy”, but that alone does not suffice: it’s necessary that the product be made with certain characteristics. The foreign customer expects from us high quality, in the vein of Ferrari or Brunello Cucinelli, but for the Made in Italy moniker something else is needed, a sort of certification guaranteeing the level of quality of Italian production.

And which, in your opinion, are the talents in the cosmetic sector that should be better known to us Italians as well?
Dario Ferrari, president and founder of Intercos, is definitely the point of reference of this excellence. His concern is number one worldwide, a veritable beacon of product research and development that has managed to offer customers innovative and high quality marketing and product solutions.
In Italy, outsource contracting is no longer mere grunt work, a matter of supply, but entails research on the cutting edge. It’s a comfort to know that a great many of the most exclusive products currently on the market, with very prestigious brands, are conceived and created in Italy.

With the foundation of Ancorotti Cosmetics India, you have made a decisive leap in scale. What is this division in charge of? Compared to western markets, what are the major challenges?
We created this division in order to satisfy the needs of the emerging markets of India and Asia and to produce cosmetics on-site formulated according to specific requirements. We are partnered 50% with Indian concerns, so that we always have our finger on the pulse of the situation and know, for example, which products sell best in that part of the world, which at the moment are products for lips. Mascara is, in fact, still little used by Indian women, who are only discovering it now. It’s a complex market that is continuously evolving, not only from a strictly industrial standpoint, but also due to the public’s sensitivity with regard to cosmetics.
Certainly one of the major problems is dealing with Indian bureaucracy, which is much more complicated than ours, which says a lot, and which consumes a lot of time. Are the formulas produced directly in India?
At the moment, we prepare them in Italy and transfer them to India, but we are training technicians in order to make our partners autonomous and lead them to create a high quality product. Producing in India means, for us, leaving behind an important legacy in that land, which is to say our experience and knowhow, which will yield fruits from a local concern created for that market. But, to be clear, we will never offshore our Italian business.

Indeed, your desire to reinstate the value of the Italian territory and see its productive forces implemented is also clearly expressed in your promotion of the “Cosmetics Pole”. Could you explain what that is?
At the moment Italy is in the middle of a major crisis, and I see no signs of recovery. I also believe the situation is quite critical because our economy is largely built on small and medium enterprises that are often unprepared for dealing with a crisis such as this one. In this context, I believe organizing as a system is the only panacea: when small businessmen and women and artisans come together and constitute a supply chain, they can achieve a lot. But it’s not enough, for they also need to look abroad and gather the forces necessary to promote their products internationally, since it is impossible to avoid facing the fact that we operate in a globalized and interconnected system.
The “Cosmetics Pole” was formed in 2006 with the very idea of bringing together concerns of the area around the town of Crema engaged in makeup production and packaging. The organization has an ambitious double objective: combining forces in research and development and establishing an ethical code. Indeed, all members are required to grow, not only in terms of turnover, but also with certifications, quality, and especially training, in such a way guaranteeing a base of technicians and experts who speak a common language and have specific knowledge. In light of this, a “product and process industrialization technician” course, conceived by Sogecos and Ancorotti SpA, in collaboration with the Galilei Institute in Crema in order to train technicians for local concerns, is now offered in Crema as of January of this year.